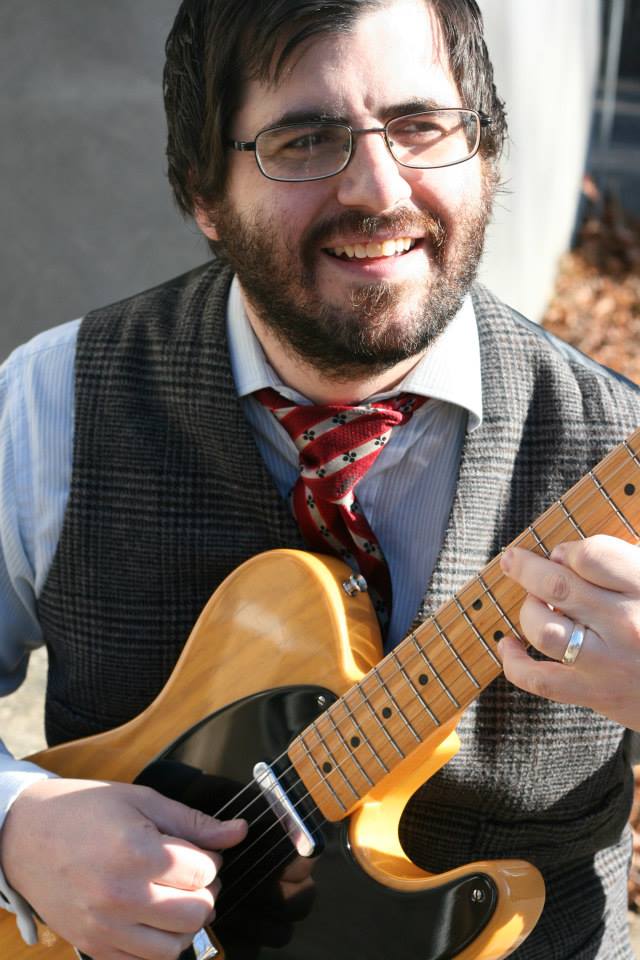 In addition to the saxophone, John plays many other instruments.  As a teenager, a theater gig had John taking a crash course in flute, to be able to cover not just saxophone, but all of the parts in his reed book.  As John continued to perform in pit orchestra’s and jazz bands, he quickly added clarinet as well.

John also began playing guitar as a teenager, and has as much experience playing rock and blues as he does classical and jazz.  John enjoys singing as much as he enjoys playing whatever instrument he can find. Part of the joy of being a musician is being ready to adapt to many changing environments.  Playing many instruments well keeps John in high demand on the stage, in the recording studio and in the teaching studio. Watching John perform in a wedding band, such as Timerider, you will see a juggling act, as John may be playing harmonica on one song, and then flute or clarinet on the next.  John plays lead alto sax in the Leo Liddle Big Band.. You also can see John play guitar and sing with Rob Carter and the Road Greys and as a member of the worship team at Northwest Hills Community Church in Torrington.

“People often ask me what my main instrument is,” John says.  “To me, the instruments are just tools. My passion is for making music.  I work hard to use each of my tools well, but at the end of the day, it is about the painting, not the paint brush.”

John likes to stay involved in the community, bringing students to perform at nursing homes and at local community events.  In addition to organizing recitals here at the Litchfield Community Center, John has brought students to perform in Litchfield Night Out, the St. Jude’s Telethon.  John teaches music clinics locally, such as at Minds in Motion at Litchfield High School.

John takes the greatest pride in the achievements of his students.  “Watching students go on to study music in college, play in pit orchestras in community theater productions, win scholarships for excellence in music and perform outstandingly at regional competitions are all a source of great pride, which I have been privileged to experience many times.  Not just these, but I take joy in all of my students successes.”

John teaches woodwinds (saxophone, flute and clarinet), guitar, bass, piano, ukulele, harmonica and music theory, in a variety of styles.  John is well equipped to aid any student through beginner band method books on any school band instrument. When not playing or teaching, spends his time with his wife Lisa, and their two boys, often using his time off from teaching music to teach bicycle riding and shoe-tying.